An unusual side effect of the COVID-19 pandemic has appeared throughout the United States. No, it does not have anything to do with the actual virus. As it turns out, the constant stream of robocalls and scammers attempting to steal the personal data of people in the country have withered away in the last two months. In what can only be described as a bizarre silver lining to the pandemic, thousands of scammers are not able to operate due to the coronavirus.

Each year, billions of these scam calls are placed across the country, with many people paying dearly for following the instructions provided by the person on the other end of the line. Sometimes, the scammers claim they are from the IRS or a student loan provider, and they say they require your bank information or credit card number to bring your payments up to date. In reality, they take your money and buy a wide assortment of goods and services. The more information you give, the more they can take away from you. While many phone carriers are catching onto the systems used by these scammers, including duplicating phone numbers to get you to answer, the problem has decreased in severity as of late.

According to a study that was published by USAToday, the spam phone calls have decreased in frequency by almost 60 percent across the nation. Even if that sudden decrease held throughout the year it would still result in billions of scam phone calls being placed in 2020. With more people staying home now than at any time in recent memory, many have wondered why their phones have suddenly fallen silent.

Generally speaking, there are two explanations for this odd occurrence and neither of them is scammers realizing the fault in their ways and seeking a reformed lifestyle. One of the reasons is that the Federal Trade Commission (FTC) and the Federal Communications Commission (FCC) are taking on the scammers, using new tech to push back against their calls. The other reason is that the people who operate the systems and call centers for the scams to work are being kept home by measures to prevent COVID-19 from spreading. 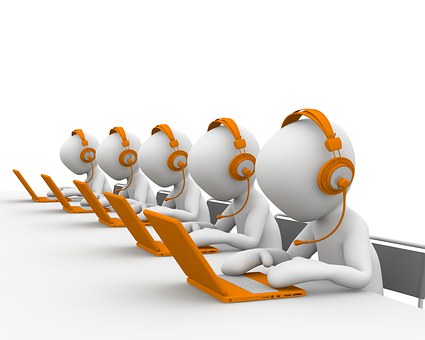 Honestly, if the situation were not so dire, it would almost be comical. Criminals are taking a sick day and that is causing an impact in the scamming industry that results in calls to your mobile phone or home. There are often two steps to the scammers’ process. First, a robocall occurs and it tries to prompt you to connect to a live caller using a variety of misinformation.

Next, if you’ve consented to be connected with a live person, you are sent to a call center where people attempt to complete the scam. However, the robocalls are not being placed in their typical numbers because there is nobody to pick up the phone and finish the scam. Most of the time, the calls are coming from outside the U.S. The location of the criminals varies, but hotspots of the illegal activity include places such as India and Thailand, both of which have been subjected to a serious lockdown in recent months.

While it might be a small consolation to people who are suffering through job loss, furloughs, and uncertainty, the robocalls are occurring less frequently. At least, that’s the case for now.

The unfortunate part about this situation is that the scammers that are still active are trying to turn the fears of coronavirus into ill-gotten money. There have been many reports about scams featuring COVID-19 as their motivation to get people to the second step of speaking to someone. Some of them are downright sinister, telling people that they may have come into contact with someone that has been exposed to the virus. That preys on the fear of vulnerable people and makes them want to learn more, leaving them open to scams.

Other scams combine an old and a new topic: student loans and the pandemic. People will receive a call or text that informs them that action is needed to apply a rebate or deferment to their student loan account. Now that fewer people have the means to keep up with their student loans, they’re more willing to give the scammers the time of day that could lead to theft.

The criminals are getting more creative in recent years, with some of them starting to focus on text messages rather than phone calls; younger generations don’t answer unwelcome phone calls frequently. The texts will usually contain a link that will take the individual to a phishing website to complete the scam. Unfortunately, it’s possible to accidentally click on these links when opening the text, further complicating the attempt to avoid scams.  Also, the scammers are “spoofing” phone numbers. The “spoofing” process will make it appear that someone you know is calling you. In reality, it is a stranger with a borrowed number that wants your personal data.

Fortunately, the FTC and FCC are finding new ways to crack down on these kinds of phone scams. One of the solutions that are showing the most promise is the “Shaken/Stir” system. According to the LA Times, this system will issue a digital signature or token that will verify the call as its being made, so the receiver can see whether or not the call is worthwhile. While major phone companies can opt into the Shaken/Stir system early, some are dragging their heels until the deadline of mandatory compliance in 2021.

For the time being, we’ll have to collectively enjoy the reduction in scam calls while we can. In the meantime, it’s important for people to be more vigilant about scam text messages that are on the rise. Also, if you think that you’re dealing with someone that is scamming you or even attempting to do so, be sure to follow the proper channels through the FTC to ensure that you don’t end up losing money or valuable information.

I am a freelancer that writes about video games, current events, and more. When I'm not writing for work, I can be found reading, re-watching old shows, playing video games and starting stories that I'll never finish. View all posts by Kyle Glatz